Kisspeptin is a naturally occurring hormone that stimulates the release of other reproductive hormones inside the body. Scientists have now found that the hormone can enhance brain activity in regions particularly associated with romantic love and sexual arousal. The research team, led by Professor Waljit Dhillo (Principal Investigator in the NIHR Imperial BRC Metabolic Medicine & Endocrinology Theme), reported that kisspeptin boosts behavioural circuits in the brain that are typically associated with love and sex.

The study included 29 healthy heterosexual men who were each randomly administered with an injection of kisspeptin or a placebo, and then shown a variety of images, including sexual and non-sexual romantic pictures of couples, whilst researchers scanned their brains using an MRI scanner to compare how the kisspeptin affected the brain’s responses. The results demonstrated that in participants who had the injection of kisspeptin, viewing sexual or romantic images of couples enhanced activity in brain structures that are usually activated by sexual arousal and romance.

Professor Dhillo commented: “Our initial findings are novel and exciting as they indicate that kisspeptin plays a role in stimulating some of the emotions and responses that lead to sex and reproduction. Ultimately, we are keen to look into whether kisspeptin could be an effective treatment for psychosexual disorders, and potentially help countless couples who struggle to conceive.”

In addition, a review by Professor Dhillo and Dr Alexander Comninos (Consultant in Endocrinology and Diabetes from Imperial College Healthcare NHS Trust) examined the role for kisspeptin in a variety of behavioural networks related to reproduction including olfaction, audition, fear, anxiety, mood, and sexual arousal. They conclude that kisspeptin may serve to integrate sexual and emotional behaviours to achieve well-being, successful reproduction, and ultimately survival of the species.

Professor Dhillo’s research team are now investigating the effects of kisspeptin in a larger group of subjects, and will explore if kisspeptin could play an important part in treating particular psychosexual disorders which are common in patients with infertility. 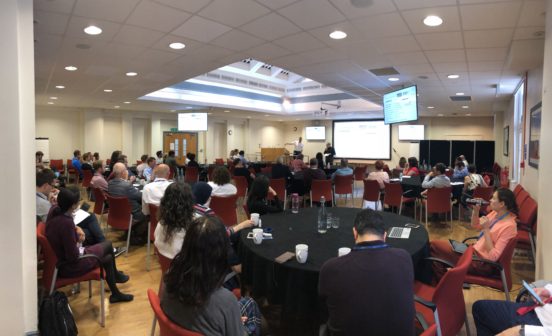