Imperial researchers demonstrated suitability and robustness of specialised spectroscopy for molecular analysis of human samples in a multi-laboratory trial. " />

Imperial researchers demonstrated suitability and robustness of specialised spectroscopy for molecular analysis of human samples in a multi-laboratory trial.

Lipoproteins are classified based on their density and size, into high-, low- and very low-density lipoproteins, and chylomicrons, which are composed of dietary fat triglycerides. Circulating lipoproteins in blood, more commonly known as ‘cholesterol levels’, are routinely measured in clinic and are used as an indicator of cardiovascular and other disorders. However standard examination has limitations with respect to turnaround time and the depth of information it provides.

Dr Beatriz Jiménez, NMR Manager at the IPC and lead author of the study, explained further: “NMR provides a more detailed picture than the routine laboratory analysis. It is also quick and relatively cheap. In a routine clinical lab only 3 parameters are measured. Alternatively, a specialised lab can provide a similar in-depth analysis to the one obtained by NMR, however it takes almost 1 week per sample and is quite laborious. NMR allows the measurement of 112 relevant lipoprotein subfractions, or ‘cholesterol levels’, with only a 4-minute experiment.”

Scientists from five laboratories in three institutions analysed 98 blood serum and plasma samples using 11 NMR spectrometers following the same protocols, while operators were not exchanged between labs, even within same institutions. Study results, published in Analytical Chemistry, demonstrated exceptional reproducibility of lipoprotein quantification measured by NMR, compliant with NCEP requirements (National Cholesterol Education Program) for the measurement of lipids in certified clinical laboratories. In addition to lipoprotein amounts, quantification of 26 metabolites, including glucose, lactate, several amino acids and creatinine, was also possible by using the same 4–minute NMR measurement, with negligible analytical variation. However, the authors do caution that lower molecular weight metabolites would need to be considered on individual basis.

As with most medical tests, inter-institutional reproducibility is crucial to avoid operator bias and to ensure wider NHS implementation. This work provides important evidence for reliable and reproducible use of NMR spectroscopy in clinic, which can provide informative in-depth biochemical information to aid clinical decision-making at patient level in most disorders where lipid metabolism is deregulated. 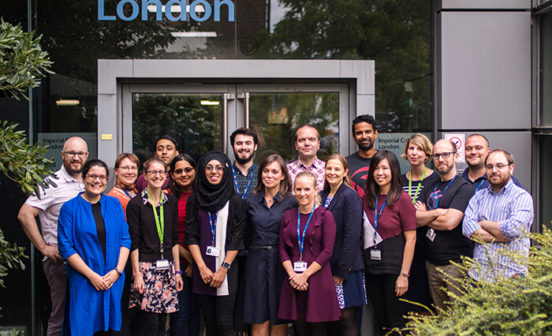