A rapid test to diagnose severe illnesses, using personalised gene signatures, is being developed by scientists at Imperial College London. The new approach could speed up diagnosis times for many serious conditions including pneumonia, tuberculosis, sepsis, meningitis, and inflammatory and immune diseases, to under two hours.

The landmark project, involving an international consortium led by Imperial, has been awarded a major EU grant worth €22.5m over five years, to develop the test and bring it to hospitals across Europe. The current stepwise process of diagnosing infectious and inflammatory diseases involves doing many different blood tests and scans which can be slow and inefficient, meaning that there may be significant delays before the right treatment is given.

The researchers believe diagnosis can be made accurately and rapidly on the first blood sample taken when a patient attends a hospital or health centre, by identifying the pattern of genes switched on in each patient’s blood.

The team of scientists led by Professor Michael Levin, a researcher within the NIHR Imperial BRC Infection & AMR Theme, believe that the test could completely change the way patients are diagnosed. The work will build on over a decade of research into the pattern of genes switched on in the blood in different conditions. The team’s previous research discovered that each disease is associated with a unique pattern of genes that are switched on or off – which form a ‘molecular signature’ – which can be used to rapidly identify each disease.

Earlier studies using the technique found that it could predict a bacterial infection with 95-100 per cent accuracy. The international group will build a ‘library of gene signatures’ where the signatures of all common infectious and inflammatory diseases will be stored and made publicly available. By comparing the pattern of genes in each patient’s blood sample with the signature of all diseases in the ‘gene signature library’, the diagnosis in each individual can be made rapidly.

Currently if a patient enters hospital with symptoms such as a high fever and feeling unwell they could go through a whole series of investigations, such as blood tests, spinal fluid samples, MRI and CT scans, while medics try to identify the cause.

Patients can also be treated with antibiotics unnecessarily as a precaution in case they have a bacterial infection. Investigations can take days or weeks before an accurate diagnosis is made, delaying treatment, taking up resources and costing vast amounts of money.

The team will spend the next two years building the library of gene signatures covering all common conditions. In parallel to the search for diagnostic signatures, engineering and industry members of the team will develop novel device prototypes that can quickly and accurately determine gene expression in a blood sample – this is done by measuring the number of RNA molecules each gene is making.

They will turn this into a rapid test platform that can measure the small number of genes needed to diagnose most common infectious and inflammatory diseases. In the final stage they will conduct a trial of the new diagnostic approach compared to current diagnosis.

The team believe that measurement of 100-150 genes will enable identification of all common infectious and inflammatory diseases, and that this can be achieved within 1-2 hours, so a final diagnosis can be made rapidly and avoiding unnecessary investigations and treatment.

The scientists have called this new approach Personalised Molecular Signature Diagnosis (PMSD) and they aim to conduct the first pilot trials in UK and European hospitals in 2023 and 2024.

Project lead, Professor Michael Levin, from the Department of Infectious Disease at Imperial College London, said: “We’re very confident that identifying the pattern of genes switched on in each patient will enable us to make an accurate diagnosis rapidly, as every disease has its own unique signature.

“The ambition is to develop a rapid test that will make the correct diagnosis based on the gene signature on the first blood sample taken when a patient arrives in hospital, and with the result within 1-2 hours. In the future the whole basis of medical diagnosis could be based on molecular signatures.”

Dr Myrsini Kaforou, from the Department of Infectious Disease, said: “This award has resulted from several years collaborative and cross disciplinary work, linking the strength of Imperial in computational biology and big data analysis, genomics, and clinical medicine and engineering, with partner institutions across Europe.

“The DIAMONDS project has drawn from strengths of different departments at Imperial, and reflects what can be achieved in cross disciplinary research.”

The group will recruit thousands of patients from across Europe with conditions caused by infections, and inflammation. It is being funded by the EU’s Horizon 2020 Research and Innovation Actions.

The project is very multidisciplinary, also including the team of Dr. Pantelis Georgiou from the Department of Electrical and Electronic Engineering, who will be developing a rapid point of care test using microchip technology to detect the gene signatures, and Dr Jethro Herberg, Clinical Senior Lecturer in Paediatric Infectious Diseases, who was previously involved with the PERFORM study.

This is an extract from an original story written by Stephen Johns, and is © Imperial College London. Read the full article here. 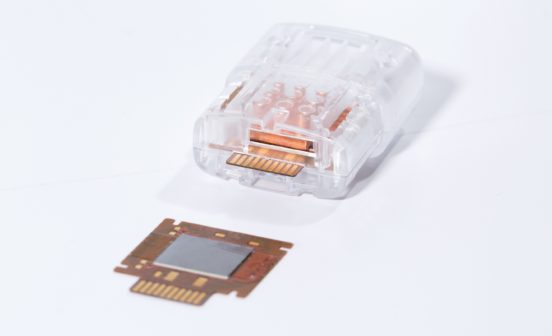 DeviceDiagnosticInnovation New technology could revolutionise the detection of blood-borne infections 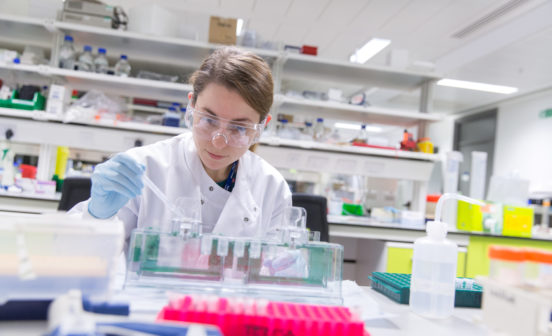